Gateways help to visualize the topology of the control flow graph of the process and specify its branching behavior.

Exclusive branches represent processes with alternative execution paths, where only one can be taken for each process execution.

Exclusive merges indicate that no synchronization is required to continue the execution from different paths.

How does BPMN Sketch Miner infer the correct gateways? It follows the third rule:

The same element only appears once in the model.

If you write the same element in multiple lines, BPMN Sketch Miner will merge the corresponding task (or event) sequences and introduce the necessary gateways automatically.

Following the same rule, if the repeated element is found in the same sequence, a loop will be created.

Note: the label of tasks found within a loop does not have to contain the term loop.

At a more precise level of details, exclusive gateways may be refined to describe under which conditions their outgoing paths may be taken.

Gateways are labeled with questions (labels which end with ?) which have at least two different answers found on the line immediately following them. The answers become the expressions displayed on the conditional control flow edges.

Parallel branches indicate where multiple tasks can be concurrently executed. Since there is no order between these tasks, they are specified on the same line, separated with the | symbol.

Parallel merges represent the synchronization point between multiple concurrent tasks. The process execution will continue only after all tasks have completed their execution. Since there is no order between such independent tasks, again they are specified on the same line, separated with the | symbol.

If each parallel sequence has the same number of tasks, the same | symbol can be used to separate the parallel tasks listed one per line (as with every task sequence).

Otherwise, fragments should be used to describe arbitrary parallel paths.

How to place parallel tasks in the corresponding pool? Use Pool annotations as with any task found within a sequence.

To place both parallel tasks in the same pool, one annotation for both is enough.

Individual parallel tasks can be placed in a different pool by annotating each task with the pool name.

If no default pool is set, the pool of the last parallel task (Hiring Manager) will be also used for the following tasks.

Individual parallel tasks can be placed in a different pool by annotating each task with the pool name.

If the default pool is set, only the tasks which should be placed in a different pool need to be explicitly annotated.

Event-based gateways describe when a process waits for multiple events. The execution continues as soon as one of the events occurs.

Like with exclusive gateways, event gateways are automatically inserted where appropriate. 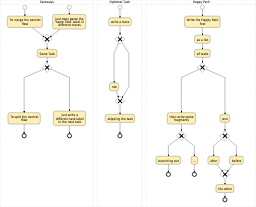 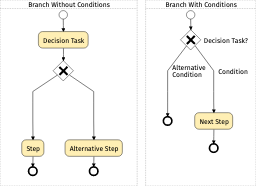 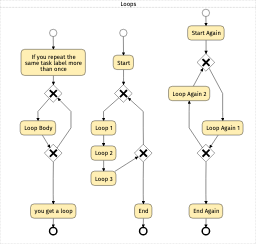 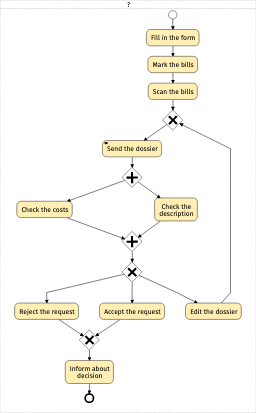 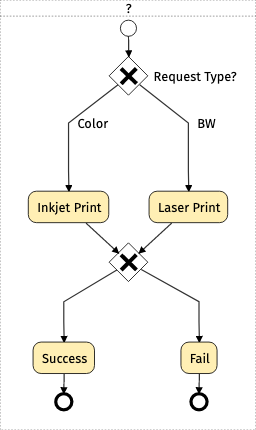 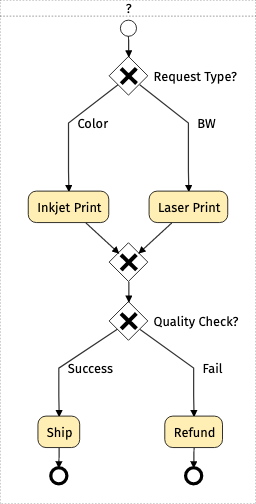 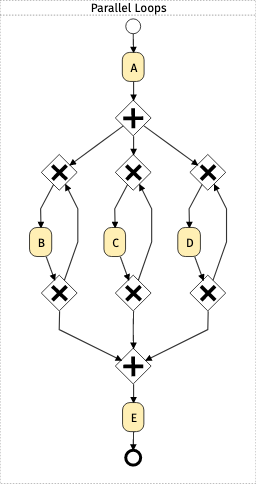 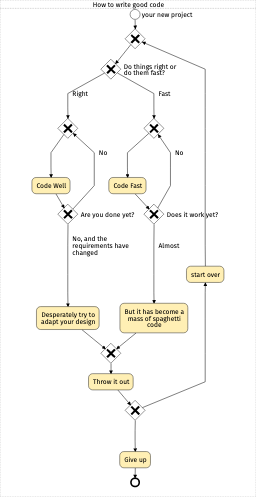